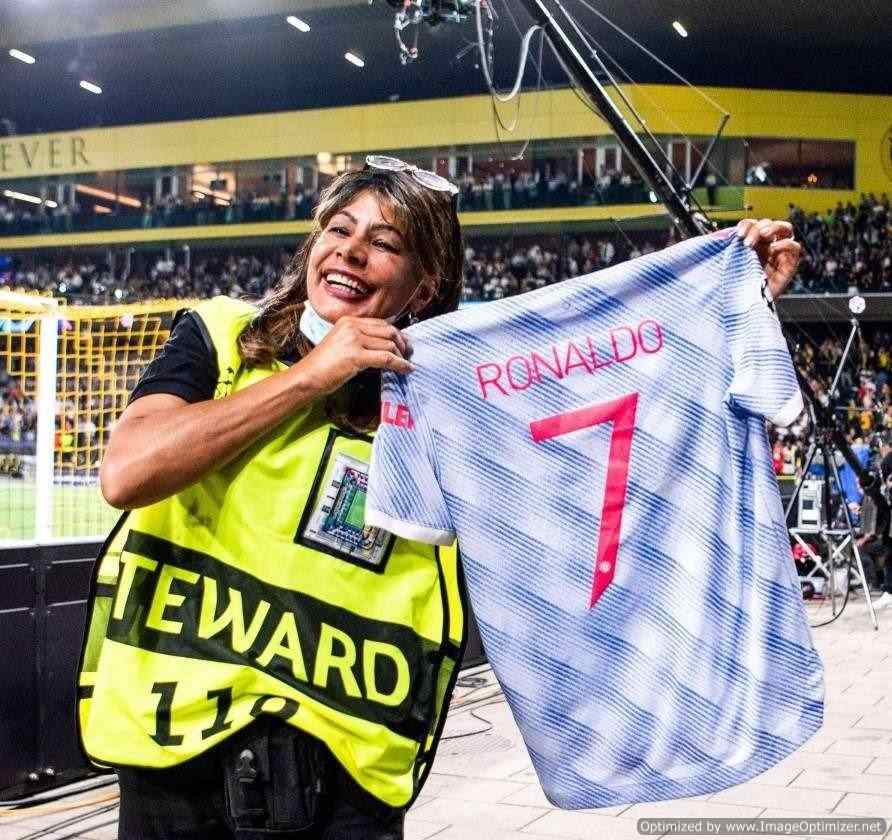 Cristiano Ronaldo gifted his shirt that we wore during Manchester United’s loss against Young Boys on Tuesday to a steward, who got hit by a ball kicked by Ronaldo, during the practice. After he scored a goal on his return to the UEFA Champions League as a Manchester United player, Ronaldo displayed a gesture that melted many hearts.

Despite the match being a forgettable one for the United because of the loss, Ronaldo’s heartwarming gesture towards the steward proved that he needs no lessons when it comes to winning the hearts of the fans. He struck the member of security staff in the head with a stray shot prior to the Group F clash and knocked her out. As the steward went down, Ronaldo jumped the barrier in order to check whether the steward was okay or not.

Along with Ronaldo, the United’s team of doctors also rushed to treat the steward for the nasty-looking injury. As the match progressed, the steward recovered from the injury as Ronaldo sought for her after the match. Ronaldo gifted his match shirt to the steward as an apology. After receiving the legendary no. 7 from the man himself, the steward was all smiles as she posed with the shirt. This was just the second match for Ronaldo since his return as a United player.

During the match against Young Boys at the Stade de Suisse, Ronaldo opened the goal tally for Manchester United by striking a goal at the 13’, which was assisted by Bruno Fernandes. However, after Aaron Wan-Bissaka was shown a red card at the 35’, the United’s game went downhill as Moumi Ngamaleu scored at the 66’ for Young Boys.

Ronaldo was replaced by Jesse Lingard in the 72’ of the game, which left the fans fuming over manager Ole Gunnar Solskjaer. Young Boys scored their second goal in the 90+5’, courtesy of a strike by Theoson Siebatcheu, and won the game 2-1. United manager Solskjaer’s decision to replace Ronaldo with Lingard drew criticism to the manager about his game management skills, as fans felt that it was illogical to remove the man-in-form from the pitch while chasing a win.