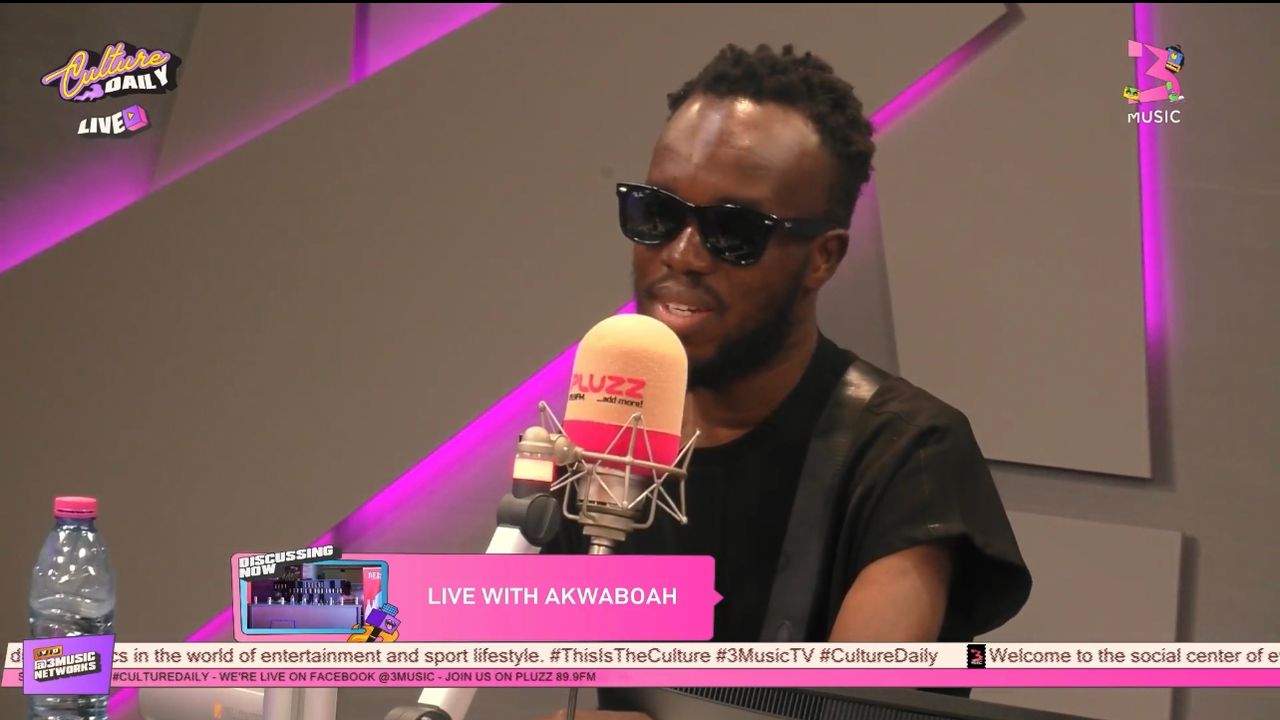 Sitting with the Culture Squad, they discuss several topics from songwriting, his Black Stars song BRING BACK THE LOVE, intellectual property to Sarkodie, Highlife, money and metrics.

In reference to when he was signed by Sarkodie and the significant change it made in his life, Akwaboah answers the “will you say that was the beginning of your success…?” question posed by MzGee.

In paraphrasing Akwaboah, he said “Yes! And you see and that’s the part people actually don’t get. It got to a point where people were like ‘Charley you go fit do this thing, why you dey under Sark? That guy is killing your vibe…’”

He further added “…wherever Sark is, God bless him. He’s been a very great inspiration to me.”

He goes ahead to disclose the times he wanted to make uptempo songs, sent Sarkodie three songs which included two uptempo songs and one slow song. He mentions how Sarkodie invited him to his residence after listening to the songs and there, giving him the lifetime advice of “…if you want to do this - the uptempo songs - it’s fine, I can help you. Do it! But when you go down, there’s nobody to pick you up…”

Akwaboah mentioned how Sarkodie cautioned him not to lose himself and musical strength and went ahead to shoot a video for him, which is HYE ME BO.

He concluded by saying “…and that advice has been in my head till date, never to lose myself all in the name of trends…”

Akwaboah and Sarkodie still have a beautiful relationship even after his leaving the label.

Akwaboah - BRING BACK THE LOVE