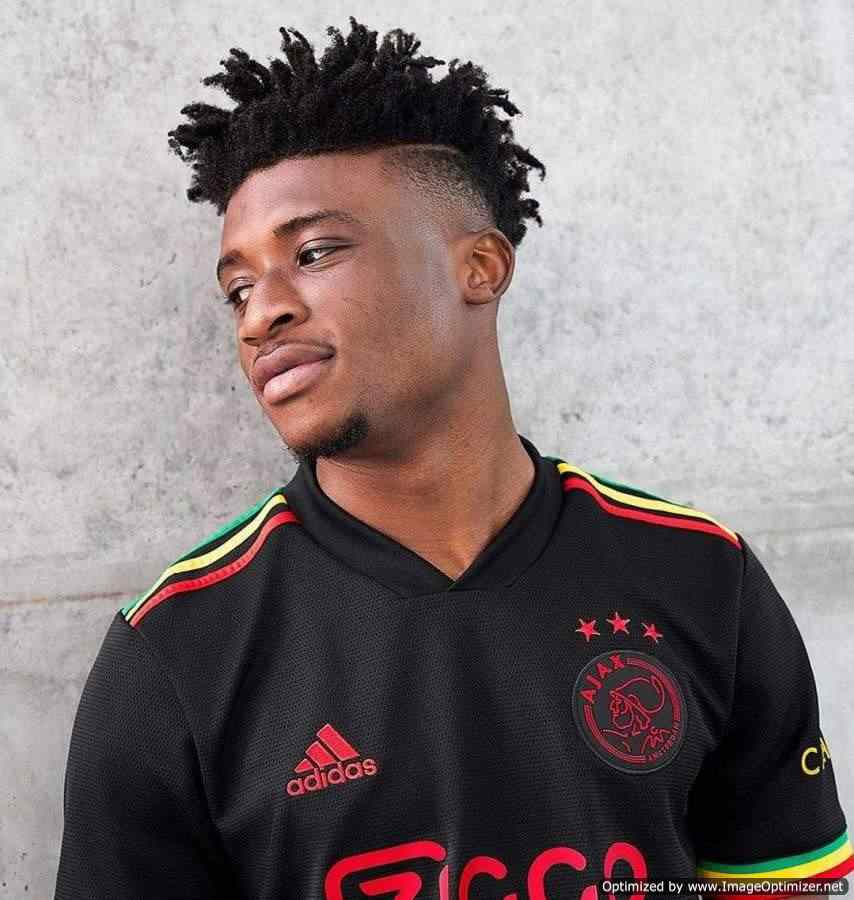 Ajax debuted their new third strip on Saturday, which is primarily black with red, yellow, and green trim and was inspired by Bob Marley's song "Three Little Birds."

The black Adidas uniform incorporates the Rastafari colors of red, yellow, and green, which are associated with the legendary Jamaican artist.

The black Adidas uniform incorporates the Rastafari colors of red, yellow, and green, which are associated with the legendary Jamaican artist.

After supporters were ordered to remain in the stands during a friendly against Cardiff City in 2008, the song became an anthem for Ajax fans.

While the supporters waited, the stadium DJ began playing the reggae classic, which has since been adopted as Ajax fans' song and is chanted at every game.

The club recognized the supporters' affinity to the song this season when it became the basis for their third uniform, which will mostly be worn in Champions League matches.

The design notably featured three birds in the colors red, yellow, and green on the back, in homage to the song, however fans noted that the birds had been removed during Saturday's game against PEC Zwolle.

When contacted by fan organization Ajax Life for an explanation, the club stated, "The European Football Association [Uefa] regards it as a distinct expression than the club emblem, logo apparel sponsor, or sleeve sponsor."

"Other phrases are prohibited."

The decision will be a big letdown for fans, who were overjoyed when the outfit was unveiled, along with a video of supporters singing the song.

Ajax stated the following after introducing the shirt in August: "No musical artist has had a greater impact on the globe than Bob Marley.

"His legacy and themes of hope, love, justice, and togetherness are as strong now as they were when he wrote them.

"An passionate and committed follower of the sport, Bob Marley's well known love of football makes our cooperation and Ajax supporters' collective affection for his music more emotional with his family."

"Stories like this touch my heart and demonstrate how important songs like Three Little Birds can be," Bob Marley's daughter Cedella remarked in reaction to the kit's presentation.

"For my father, soccer was everything... because, in his words, "football is freedom."